The Biggest Players In Virtual Reality

In 2014, Facebook bought virtual reality company Occulus for 2 billion dollars. CEO Mark Zuckerberg has confirmed it’s not just about gaming. Zuckerberg told the Bloomberg Business that he thinks (games are) the gateway drug for VR.” He adds that he wants “Facebook to own VR the way Apple and Google own mobile.”

The gateway drug for VR

Of course, along with VR there is AR. Augmented Reality is like VR on steroids. It uses the existing environment but overlays new information on top of it. If you haven’t seen it yet, this will blow your mind.

And of course companies like Leap Motion are creating radical shifts in hand tracking software with Orion. This kind of technology can be implemented in countless ways to enhance business around the world.
According to The Street these are the 5 top stocks to keep your eye on because VR is here to stay:

IT’S ABOUT THE EXPERIENCE

It all comes down to how your audience engages with what you are trying to tell them. If you’re trying to dominate your market, you need to embrace technology. Those who refuse to change will be left behind.

You Visit CEO Abi Mandelbaum explains how important VR is. He compares VR today to what mobile technology was like years before it dominated the market. You Visit is one of the earlier pioneers of the VR/AR world. Their massive 360 library is changing business every day.  Learn more about them here.

Today your target audience is consumed with distraction. Cell phone rings, text messages, Facebook and Twitter notifications. Their watching your marketing video online and concentration breaks immediately. They have disengaged from your message just like that. Now imagine the same viewer in a full 360 degree world of your creation. They are immersed into your message without any distractions. You have 100% of their visual and audible attention. Imagine the power of that kind of marketing. So what are you waiting for?

Pennylane is a consultant and expert in video marketing. If you want to learn more or consider different strategies with using video marketing, contact us today.

Stand Out From The Crowd – The Yellow Apple Story 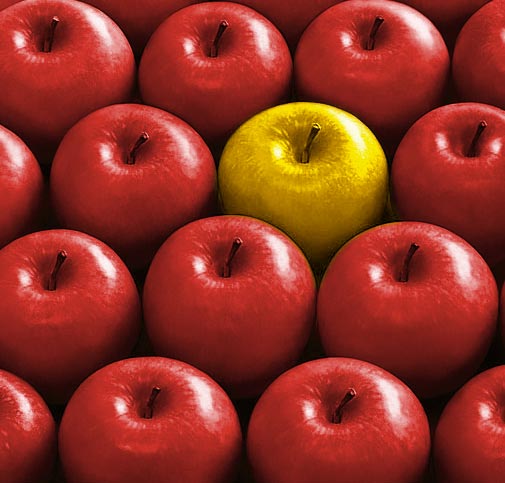 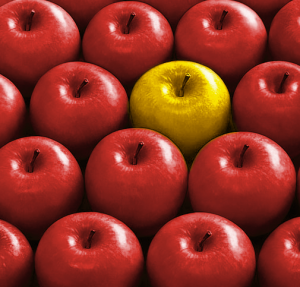 The Yellow Apple is a story that we came up with to describe our ultimate goal with our clients and partners. It goes like this..

“There is a basket with red apples, but somewhere in the middle there is one yellow apple.”

Q: Where does your eye go at first glance?

A: The yellow apple.

Q: Why did your eye go there?

A: Because it stands out or because it’s different, because it appears to stand out from the crowd.

Did you think the same thing? Most people do and we know this.

This helps describe our vision to our clients because our goal is to make them the yellow apple and help them stand out from the rest.

This idea is a simple one but often overlooked by many. We find that many video production and marketing companies look for a one-size-fits-all strategy to create a video marketing campaign because it worked in the past. The fact is we are all different. I mean our businesses of course. Yet we don’t act this way. We try to follow the success methods of others which is exactly what everyone else does. This ensures we do not stand out in a sea of similarity.

We believe in a strong story and a strong storyteller. We believe too many characters can hurt a story. We believe that it is important to get across the most important messages and if there are too many, we need to lead them into other media/videos, instead of piling everything into one video. We believe every successful business solves problems for their customers and customers need their problems solved. Remember the old saying “If there’s a need….fill it!” We believe human stories are the most emotional and compelling of all stories.

If you align with these beliefs when getting your message out, then you are our kind of client. Contact us for a free consultation so we explore your company vision and find your story. Let’s make you the yellow apple!